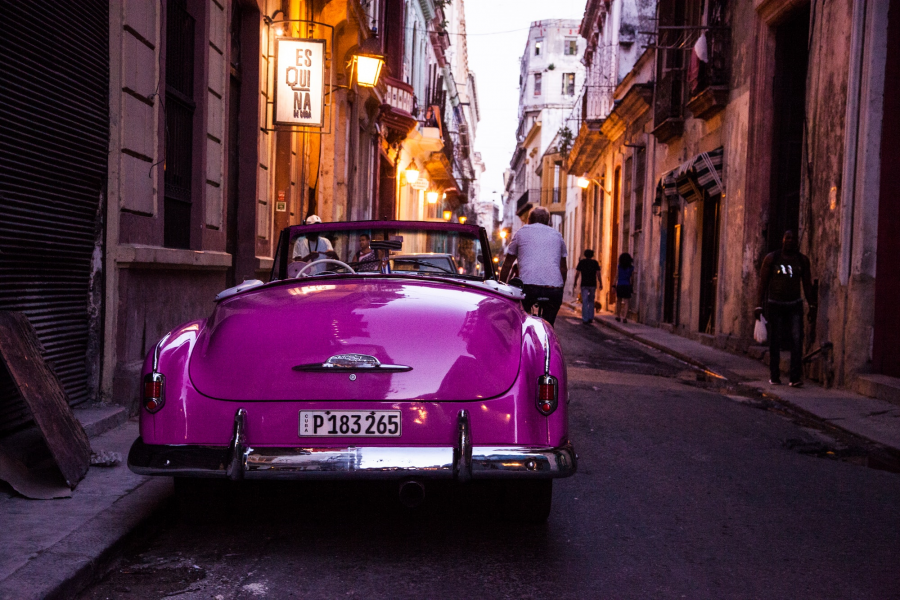 Photo by Pete Johnson from Pexels

I am a beta reader now!

Just a short blog, well, more of an announcement actually this time – I just want to share this with you:

I made the Street Team of an author! Since this is a first for me, I’m pretty excited. From now on I get to read the author’s books before they are published and even before they are edited. I can’t wait to take a look into another author’s kitchen. And I intend to learn as much as I can from it.

As soon as I have something resembling a book written myself, I will start my own street team – at least I hope there are some people out there willing to beta read my book and comment on it, give feedback and advice, as I am going to need it …

So, if you read this and think, well, Gaby is going to need a lot of beat reading and even more advice, just remember to come back to my site and my blog every now and then and check whether I posted a request for beta readers – or just use the contact form to tell me you would be willing to be on my team and I will start my beta readers’ list with you!

The blog post I am a beta reader now! was first published on puresimplewriting.com.

Photo by NASA on Unsplash

Science, Religion and the Simulation Theory

This is not my usual playing field but I read an article on Medium last night about the simulation theory. At first I thought this was all about the Matrix (great movies, loved Keanu Reeves, he was the perfect Neo). But I discovered that it was much more than that.

Simulation theory in a nutshell comes down to all of us living in a reality, a whole universe designed and built by a powerful super computer which we cannot perceive as a simulation but accept as our reality. If this is true, the next step is to ask who or what created the computer and the simulation and to what end?

That got me thinking. Real hard. And I decided I believe the simulation theory is true – but not in the way you might think. I don’t call myself religious since I don’t go to church. I believe (yes, believe!) that going to church is no requirement for believing. I do, however, believe that there is a higher being. I don’t call it God, honestly, I don’t know what to call it, for me it’s more like a feeling or a perception. A perception that at the same time is certainty and belonging, a consciousness which we are part of and which is part of us. Does that make sense?

Knowing, Believing and Everything in between

But let’s go back to religion and the world’s different believe systems. Most religions promise some kind of afterlife, whether it’s the paradise or hell of the Bible and the Koran or the Nirvana of Buddhism and Hinduism. Their representatives and followers believe or claim that we were put on this Earth to learn, to live a righteous life to earn our place in the afterlife when we die. The God of the Bible for example is said to have created this world, us humans and everything around us.

So, what’s another, more scientific way of putting that? Exactly, a simulation. A simulation created for us souls to live a physical life, to experience it in all its beauty and harshness, learn from it and then move on or return to a higher plane of existence.

I am a big ‘fan’ (don’t know if that is the appropriate word in this context) of the German author Ruediger Schache. He touched me with every single book of his I read, but my favorite is Das Gottgeheimnis. There seems to be no English version of it, at least I didn’t find one, just a Portuguese one (O Segredo de Deus). In English the title means The God Secret. It is an absolutely fascinating book and one that really speaks to me. I’ve read it twice now and plan to read it again and again. Reading it feels like – I can’t think of anything that describes it better – coming home.

Ruediger Schache writes about the journey of the soul through creation. He describes the different planes of creation through which we travel, of which our life on Earth is the first, the only one we can perceive while we’re down here. He explains the other planes as far as is possible with human words and with the knowledge he has collected during his many travels around the world, studying religions and believe systems. It seems every religion has various pieces of the puzzle that is creation to us. Why can’t they all come together and share them? Wishful thinking, I know.

Circling back to the simulation theory: if I use another term for our world as the learning ground for our souls, I could call it a test environment and that comes very close to a simulation, at least for me as a complete layman in all things technical and technological.

I’m pretty sure I’m not the first one, or the last one for that matter, who came up with this connection.

This, in my humble opinion, is where science and religion come together – or at least they could if people would let them… Simulation theory could be the intersection between them. Wouldn’t that be cool?

The blog post Science, Religion and the Simulation Theory was originally published on puresimplewriting.com. 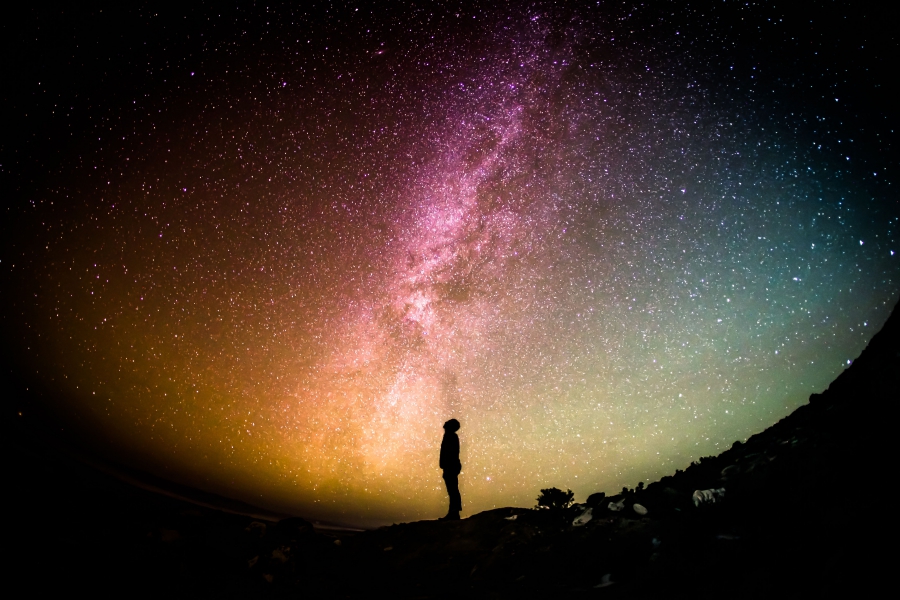 It's a whole universe out there!

Photo by Greg Rakozy on Unsplash

I always wanted to be a writer, ever since I was a small girl in Nuremberg, Germany. I started writing poems when I was twelve, followed by short stories and then, at 25, even a novel (still sitting in my digital desk drawer, how’s that for a cliché?). The novel isn’t bad but it’s not exactly brilliant either.

To hone my writing craft I read a lot, took and take a lot of courses but ultimately it all boils down to the one thing Yoda undoubtedly expressed best: ‘Do. Or do not. There is no try!’

So, not long ago I came upon a crossroads: a birthday with an 0 at the end and a number in front I do not care to mention. And what do I have to show for all these years?

Well, I did raise twins, I had a number of pretty interesting jobs, I muddled through a divorce and years later another break-up and 3 moves across the Netherlands (where I have lived for the last 35 years). I wrote a lot of bits and pieces without hitting publish, nothing standing out the way I want my writing to.

Still learning how to do it

I love the posts, videos, webinars and courses of Joanna Penn and Nick Stephenson, Jeff Goins, Laina Turner and Joseph Michael. So I’m pretty much covered from all angles when it comes to what I need to know as the indie author I plan to become as soon as possible.

Thank you so much, guys and gals J, thank you for sharing freely (and often free of charge) a lot of your own experiences, the knowledge you accumulated over the years and even your mishaps. I have learned so much and continue to learn from you every day.

So, I’m being thorough, making sure I do everything right, right?

Wrong. Enter procrastination... I know, I know, there are hundreds of posts and blogs and books about procrastination and I don’t have much to add to them, except how I see it – which is probably not very original either but it is my own point of view and the one I have to deal with.

I, like many other writers and artists, read The War of Art by Stephen Pressfield in which he talks about Resistance, and it has been an eye-opener. I see various quotes of Marcus Aurelius, from his Meditations, mentioned by other writers and with most I agree wholeheartedly. And I am with Albert Einstein: ‘There comes a point in your life when you need to stop reading other people’s books and write your own.’

Procrastinating - is that really what I’m doing? Or am I just making sure I’m the best and healthiest me and become the most accomplished writer I can be? Nope, it’s procrastination!

I’m not procrastinating for the reasons you might think. It’s not fear of failure or fear of success – although I’m no stranger to that one, being an introvert and a loner. No, one of the two reasons is: I’m afraid I won’t be able to stop writing once I start and the story takes off.

But isn’t that a good thing, you ask? Not if you are the sole provider for your little family (just my two cats and me now, a house with a mortgage and a garden that I have no time for though I love gardening). And last time I checked, the gas station doesn’t give away gas for free and the supermarket charges for the groceries I need. So I can’t be writing all the time because I need to do my day job and make money. (Ironically, I make my money with words as well … I’m a copywriter and translator, but that’s a story for another post).

But that’s not all there is …

Recently, because of that birthday I mentioned, I did some soul searching. And I had to admit that, while not being able to stop writing and as a result not being able to pay my bills is a valid reason in my case, there is more.

I study the craft of writing. I love it. And that is the problem. I discovered how much fun learning and studying is when it is about something you love (not statistics, bookkeeping, or micro- and macroeconomics – can you believe I actually have a master’s in economics? Yet another story to be told one day.).

I don’t want to stop learning, reading about writing, attending webinars and workshops and taking courses. I love the idea of writing and I love the idea even more that I will be fully prepared when I actually start writing for more than a few minutes here and half an hour there. So it seems I’m a learning junkie – I checked, it’s a real thing and the definition fits me like a glove. Now that I know what’s really going on I have to tear myself away from all the wonderful lessons and free stuff on the internet and WRITE.

The blog post Help me, Yoda! was first published on puresimplewriting.com.